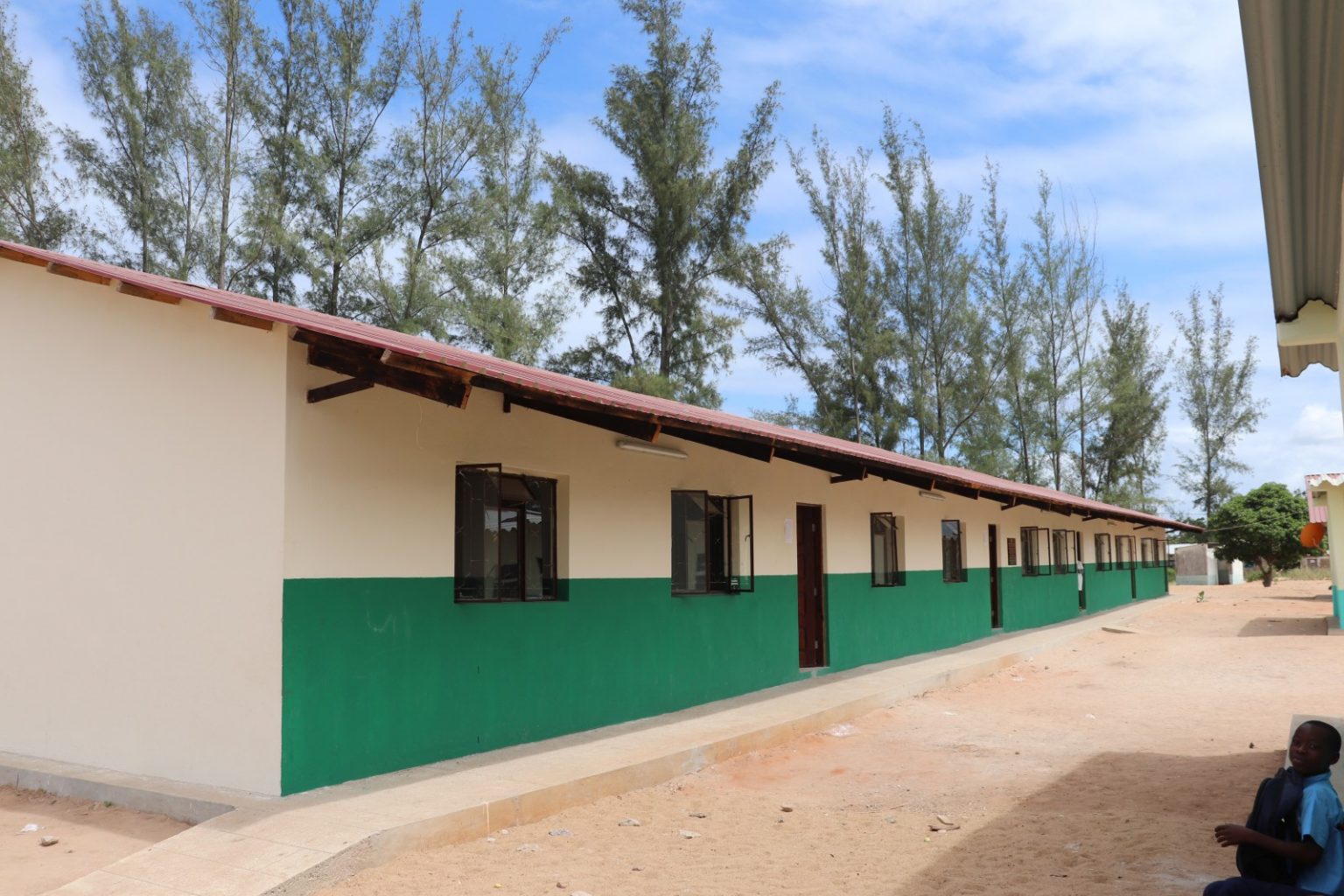 In addition, No Poor Among Us constructed a primary school in a remote village in the district of Magude. The previous school, built with mud and sticks, would collapse every time it rained. With the financing help of one of our partners, we built three new classrooms, a new administration building, and bathrooms. We were excited to also contribute 75 new desks to be used in classrooms.

Libraries and textbooks were welcome additions for students anxious to further their reading skills. Library facilities were brought up to the level of a multimedia learning environment by including online resources and educational videos, as well as computers, a printer, a TV, and a DVR.

With the addition of classrooms financed and constructed by No Poor Among Us over the last five years, we were able to provide the opportunity for 2,500 additional students to further their education each year.

This school originally had three classrooms made of mud and sticks, and students sat on the ground. With each rain, the walls fell and students had to wait until the school could be re-built. Construction finished in June, 2021, adding three new classrooms, an administration office, and new bathrooms. About 360 students will study in the new school every year. 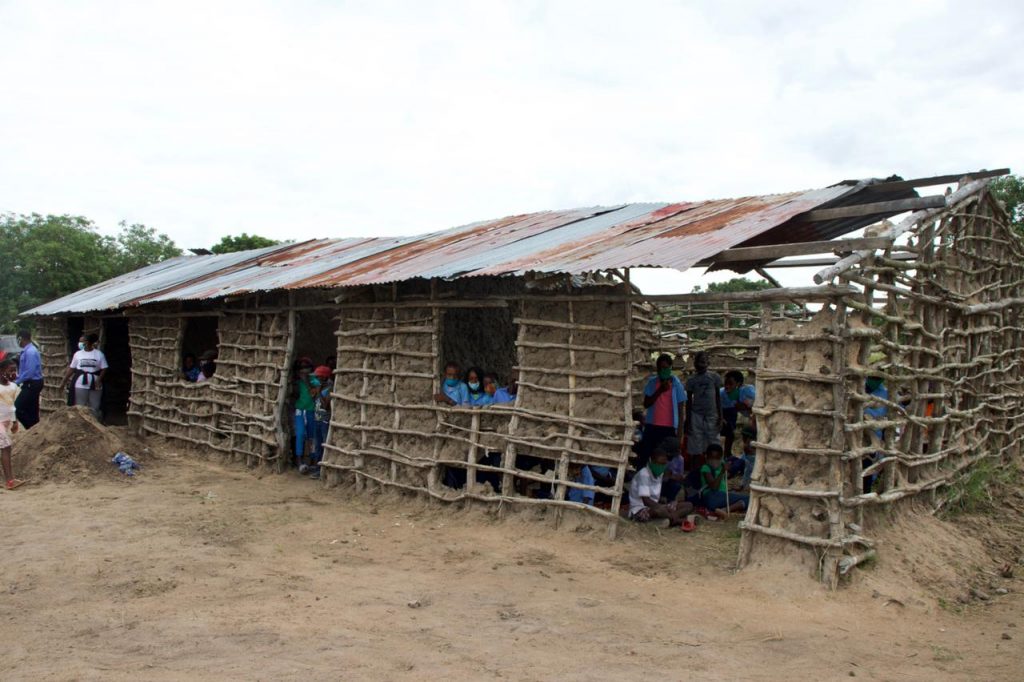 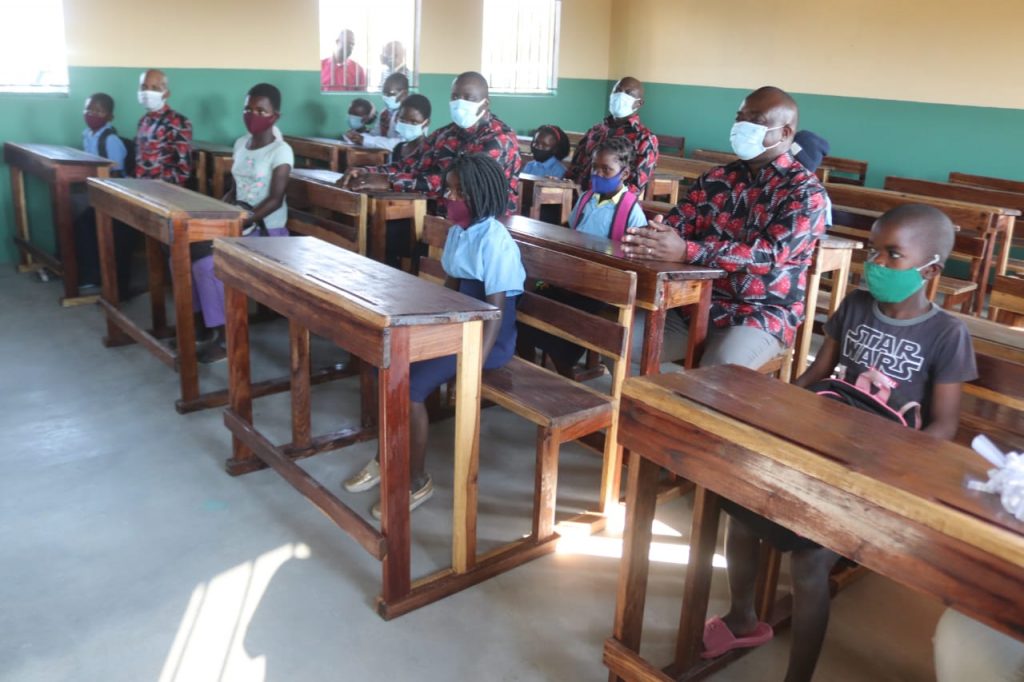